Introducing BETWEEN DARK AND LIGHT: My New Series of Scary kids' Books!

I am incredibly proud and pumped to announce that the first two books in my brand-new series of scary kids’ books, Between Dark and Light, are available now on Amazon. Plus, the first one is currently only 99 cents! Between Dark and Light is a series of nonconnected children’s horror books featuring strange, eerie, supernatural events for kids 10 and older. Although the books will appeal to fans of R.L. Stine’s Goosebumps and Max Brallier’s Last Kids on Earth, I personally like to think they can be enjoyed by anyone (regardless of age) who likes short, spooky tales haha. Below are the covers and back-cover summaries of the first two books: 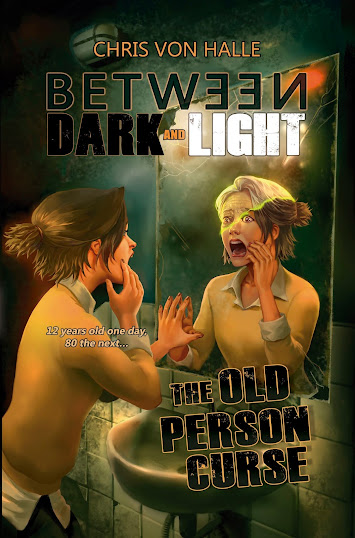 The Old Person Curse (Between Dark and Light #1)

Azie has no idea she and her family just moved into a cursed Victorian house in small town upstate New York. Until she learns about the Old Person Disease.

Apparently, all the kids who ever lived in Azie’s new house over the past few generations died of a mysterious illness nobody ever knew the source of or how to cure. The disease slowly made the victims’ skin crinkle and hair gray out like an elderly person’s until they died a few days later. And now the same thing’s happening to Azie! Can she and her new friends find out what’s at the root of the bizarre illness and finally stop it—before she and future generations meet the same untimely fate? 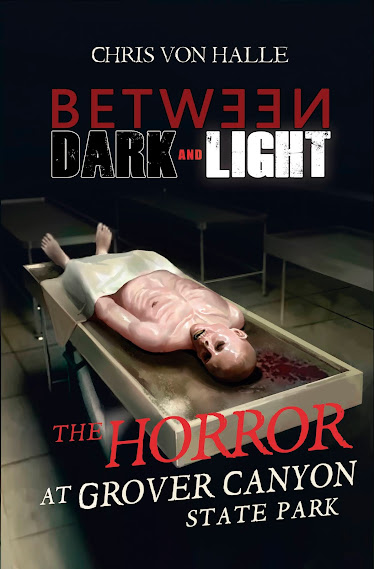 While on a family vacation at Grover Canyon State Park in Colorado, thirteen-year-old Sandy and her younger brother Pete go off exploring and accidentally access a laboratory hidden beneath the canyon. They spot an overly waxy-looking corpse slouched at the reception desk and, freaked out, immediately flee the lab. But that’s just the very beginning of the sheer horror in store for them, their parents, and everyone else who happens to be at Grover Canyon State Park that dark, fateful day.

About Between Dark and Light

These first two eerie tales were born during the covid-19 pandemic, and I have lots of ideas for future installments. The first one’s around the length of a Goosebumps book, the second a bit longer, and they’re likely to stay in that range in general. I’m hard at work on the third book of the series, a ghost story called Uncle Jed’s Secret, and have written much of an alien story called Why They Came and a fantasy/psychological thriller called The Mire Witch, though we’ll see how things pan out. Although the books are eerie and dark, there are also “lighter,” more poignant moments; hence, the name Between Dark and Light. In any case, while I’m hard at work on the next installments in the series…

Pick Up One of My New Scary Books for Kids Today!

Feel free to pick up an installment or two today or share this with someone you think might enjoy the series. Even if they don’t give you “goosebumps,” so to speak, they’re still creepy stories full of mystery, horror, and plot twists galore. Happy spooky reading, everyone!